Or, why I have more respect than ever for professional audio/video editors.

Benefit of AVCHD over MP4: if you lose power, you won’t lose much footage if your camera stores video as AVCHD or TS; MP4 has to be finalized.

Drawback: Macs treat AVCHD as a single file with multiple clips, and there’s no nice way to extract a lot of them at once from the GUI

Here’s how with ffmpeg and Handbrake:

From a Terminal window

Next, open Handbrake, navigate to the folder with the AVCHD and now the *.mkv files you extracted with ffmpeg.

Click “Browse” by the Destination path and navigate to the folder with your AVCHD and *.mkv files, or anywhere else you want to see *.mp4 files. The Output settings I have here are the ones suggested by Richard Diphoorn (@rdtechie), who edited the PSConfEU 2017 videos.

Add all the titles to the queue by choosing File -> Add All Titles To Queue. You will receive a warning that you will, indeed, add all titles to the queue. Click Show Queue to make sure everything’s in, then click Start and go find something else to do for awhile. Make sure your laptop is plugged in 🙂

This is where you will spend the most time. Allow at least four hours per hour of audio, and that’s just to do the basic noise removal and to soften the most egregious sudden noises. More time = better result.

I use open-source Audacity, but be careful if downloading from SourceForge – I got a stupid “AdAware Web Companion” for my trouble that I only spotted when checking out my CPU usage and seeing something to do with “lavasoft”. The online help is excellent, though.

Clicks, Coughs and Other Things to Remove or Make Quieter 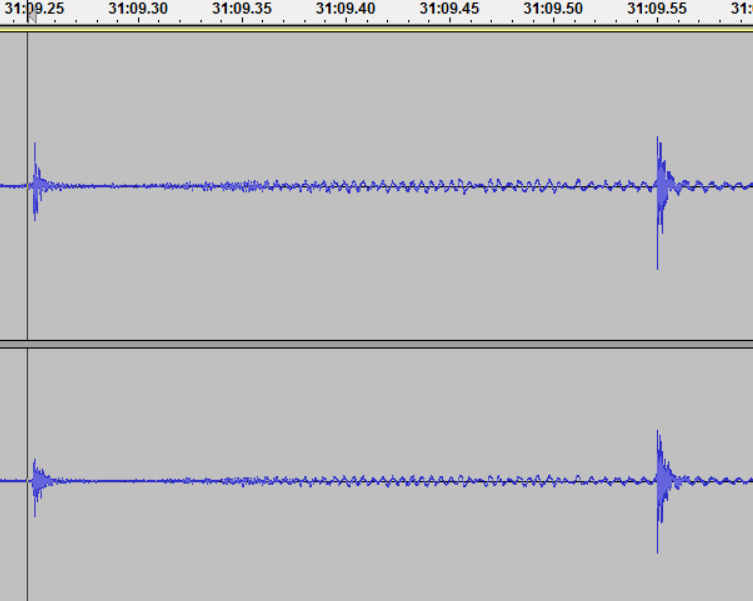 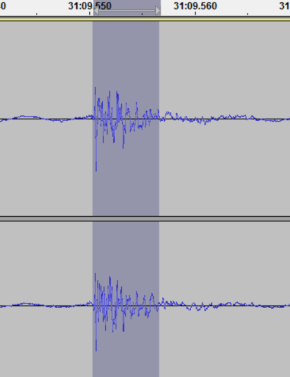 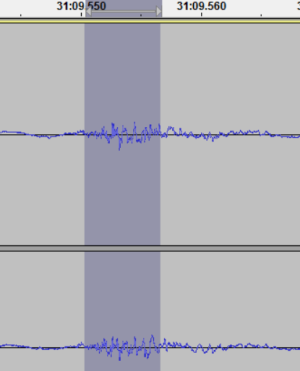 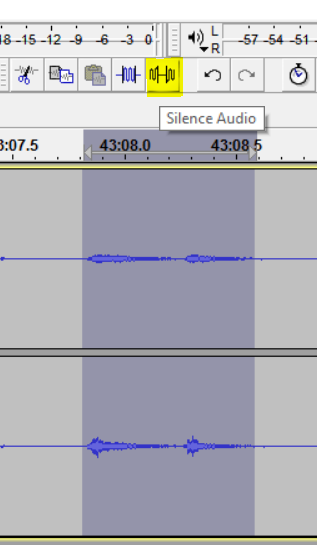 Coughing during otherwise silent period. Note the two pulses with inflection at beginnings. Simply silence this.

Allow about one hour per hour of video, not including render time.

I ended up using ShotCut, which is also open source. Camtasia is absolutely lovely and very suitable for IT productions, but even the fully-functional 30 day free trial puts a huge timestamp on the rendered videos, and I don’t want to invest hours in developing end products I can’t really share to get broad feedback on without spending the $300 for a license.

Unlike Audacity, Shotcut does not have much in the way of written documentation, but does have a pretty good video tutorial that gave me most of what I needed.

A Variety of Resources for Bernina Owners

a blog about medieval manuscripts, by Kate Thomas

The life, times and writings of Hilary Gilman Lester

Microsoft Lync\Skype For Business and Exchange info, and things I can't remember

Everything you thought I already knew......

Shownotes and links for the PowerScripting Podcast, a podcast to help people learn Windows Powershell

Of PowerShell and Other things

Office 365, technology, and anything else really...